Italy and Greece Delight B

Visit 3 countries with our all inclusive vacation package. Explore Rome, discover Athens, cruise the Aegean and visit the Greek islands and Turkey, and relax in the most romantic island of Santorini. A truly great experience!

Departures: Wednesdays (from 13 March to 06 November) 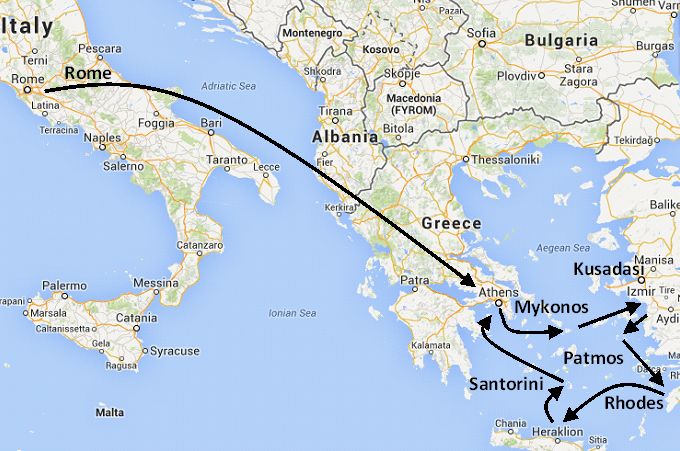 N.B. Drinks at the taverna are not included.
Ancient Rome Walking Tour - Duration approx. 3 hrs.
Take a complete walking tour of the Colosseum, Roman Forum and Palatine hill, lead by professional and expert guides. Clients will have a privileged priority entrance to the archaelogical area, headsets to better hear your guide. Get ready to enter into he legend! The tour ends in the Fori Imperiali Area Colosseum.
Clients need to go to Via di San Gregorio in front of the Palatine ticket office, opposite side of the street, 15 minutes before the departure time. Meet you assistant there.
Includes:
Entrance ticket (no line)
Professional Guide
Headset to better hear the guide