How To Get From Santorini to Mykonos 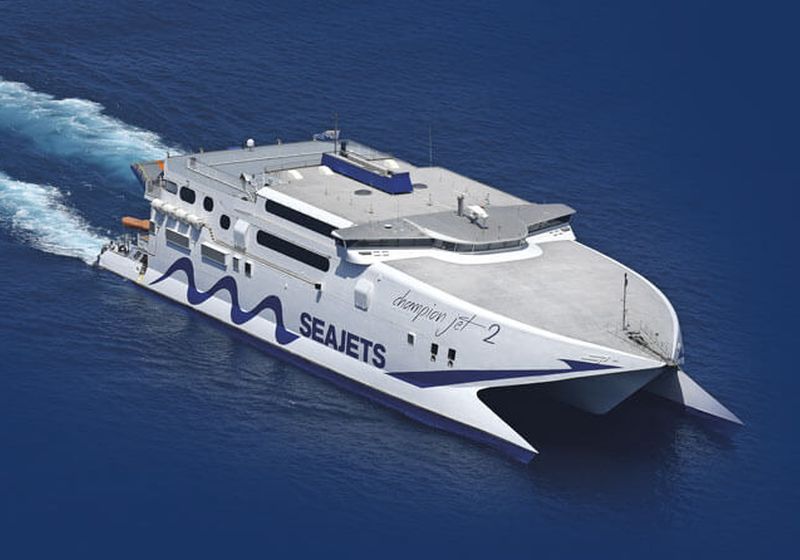 Santorini to Mykonos, Travelling by Ferry or Flight?


If you are thinking of visiting Greece, then chances are that you have heard of Mykonos and Santorini. Those two tiny islands are part of the same island group, the Cyclades, and each one of them is famous all over the world, for different reasons. Mykonos is considered a playground for the rich and the famous since many stars visit it during the summer, while many own ridiculously luxurious villas there. Santorini on the other hand is famous for its unique landscape since the main town and villages of the island are perched onto the island’s unique volcanic caldera. It is one of the most photographed places in the world.

If you are having trouble choosing which of those two unique islands you should visit, just consider that you could – and should – visit them both! They are really close to each there and you can easily get there by plane or ferry. Which is the best way to get from Santorini to Mykonos and vice-versa? Let’s find out!

Like we said earlier, you can get from one island to the other either by plane or ferry. Each method has its pros and cons. Let’s see the advantages and disadvantages of each trip in order for you to be able to choose the best solution for you and make the most informed decision possible.

Taking the ferry from Santorini to Mykonos

The pros: Since Mykonos and Santorini are among the most popular tourist destination in the world, it goes without saying that ferry routes to and from one island to the other are many and very frequent. During the busiest months of the year (July and August) there are three ferries from Santorini to Mykonos. The Santorini to Mykonos ferry trip takes about 3.5 hours, which is not too bad. If you catch the early Santorini Greece to Mykonos trip, you should be at your destination by lunch.

Note that it goes without saying that the same things apply to the ferry from Mykonos. So, if you are wondering Mykonos to Santorini ferry how long, the answer is once again about 3.5 hours. Also, the ferry from Mykonos to Santorini makes at least three trips per day during the high season. Mykonos is the closest to Athens of the two islands (if you are wondering how far is Athens from Mykonos, the answer is 180 klms and if you want to know Athens to Mykonos ferry how long, it will get you there in about 5 hours) so if you are visiting Athens first, it might be better for you to take the ferry Athens Mykonos and visit Mykonos first.

The cons: A three-and-a-half-hour boat trip is not to everyone’s liking. Also, getting a ticket for your preferred trip – the earliest one for example – can prove a bit tricky during the high season, because of the huge demand, so you may have to book your tickets well in advance.

Getting from Santorini to Mykonos by plane

The Pros: Well it goes without saying that plane trips are way more comfortable and much shorter than ferry trips, which is why people almost always prefer to fly to their destinations. Seeing as those two islands are exceedingly popular, there are many flights from and to them and tickets are relatively cheap. There is a catch however…

The cons:  since the two islands are so close together, a Mykonos to Santorini flight is quite rare. Your best chances are flying to Athens and from there to your island of choice. Flights to and from Athens are very frequent, but in the end the wait in the airport might take you longer than the ferry trip.