How To Get From Athens to Mykonos and Santorini 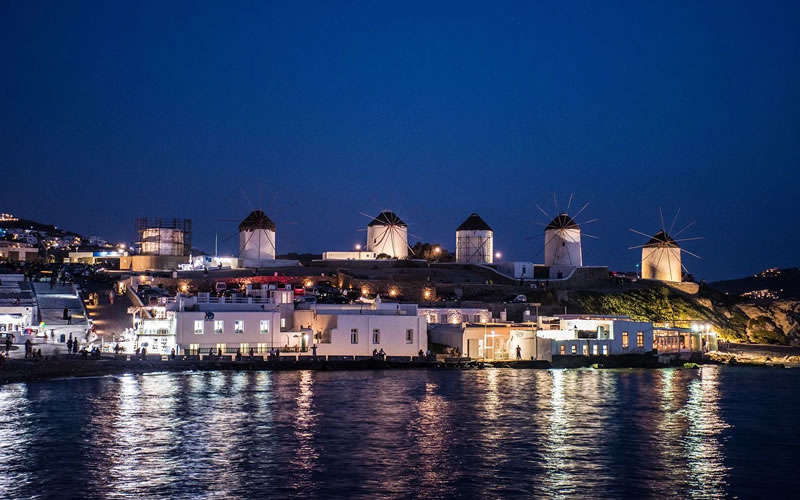 When it comes to the Greek islands, there are two that manage to stand out and be among the most popular tourist destinations just about every year: Mykonos and Santorini. Mykonos is known for its extravagant nightclubs and many luxurious villas and hotels, which makes it a favorite destination for movie stars, star athletes and millionaires from all over the world. Santorini is famous for its unique volcanic landscapes, scenic villages perched on the edge of the island’s cliffs and for its amazingly beautiful and unique sunsets.
Getting to both those islands is relatively easy, unlike with many other islands in Greece, transportation to and from Mykonos and Santorini is very frequent, especially during the high season. In fact, since both the islands have international airports, it is possible to get there with a direct flight. But what if there is no direct flight to the islands from your country or city? Well you will have to get to Mykonos or Santorini via Athens. So, which is the best way to get from Athens to Mykonos or Santorini? Let’s find out!

Best Way to get from Athens to Mykonos - Santorini?

What makes those two islands so easy to get to, is the fact that they are relatively close to Athens, Greece’s capital and home to the country’s largest port and airport. This means that you can get to those islands either by plane or by ferry. Let’s see what you need to know about transportation from Athens to the two islands.

Getting there by plane:

Since Mykonos and Santorini are so popular, there are many flights by many different airlines on a daily basis from the Eleftherios Venizelos airport in Athens to those two islands. Flights from Athens to Santorini and Mykonos take place on a daily basis and during the high season, there are more than one on any given day. This means that regardless of your schedule, chances are that flights won’t be fully booked since there are so many of them. One should take into consideration however that airline fares fluctuate wildly, which means that if you want to buy your ticket at good prices; you should book as early as possible.
Like we said earlier, Both Mykonos and Santorini are really close to Athens which means that flights are quite short. Getting to Mykonos won’t take more than half an hour while an Athens to Santorini flight lasts about 40 minutes. As you can probably tell, getting to either island by plane is the fastest and most relaxed way to travel.

Getting there by ferry:

Athens is home to Piraeus, Greece’s largest port and many ships leave from it to get to the islands in the Aegean Sea every day, especially during summer. It is a starting point for Greek island hopping tours, too. Since Mykonos and Santorini are so popular, it can safely be said that there is more than one ferry from Athens to Santorini every day during the high season and the same goes for Mykonos. Each ferry is new and in excellent condition, which means that you trip will be very comfortable and as quick as possible.
The major downside of those trips is definitely the amount of time that you will spend in each ship. The Athens to Mykonos ferry trip will take you about 3 and a half or five hours, depending on the type of vessel, while getting to Santorini will take at least 5 to six hours. Like we said earlier however, your trip will be comfortable. You will also get the chance to see the ports of many islands in the Cyclades island group!